With the Global Game Jam Bulawayo edition taking place in just over a week, there have been questions around what a game hackathon is. But, have you ever wonder what goes into making a game or how a game development team is structured? No? I’ll tell you anyway.

The skeletal structure of all game development teams, regardless of size, can be broken down into the following categories:

Let’s dig a bit into what each of these does.

This is the team manager, and is not limited to production alone – they can be an active team member. They handle the business side of things; eg marketing, branding, & budgets. Game developers typically work hand in hand with the programmers. These are the people that also handle ‘level development’, which details the progression of a game(the final product), which is one of the most important aspects in my opinion, as it’s what keeps the end-user engaged, as well as giving the end-user a reason to come back to the game.

The graphic artists create what the player sees in the game, that includes everything from a grain of sand, to the often overlooked, but important mountains that are in the backdrop of the games. Their tasks usually start as concept art before working on the actual objects seen in-game. User interface (UI) & User experience (UX) is also taken care of by the graphic artist.

The writers or storytellers’ job is to come up with the storyline of the game, including character background & development. The storyteller also goes as far as doing character scripting. Ever played a game that felt like you were reading a book, because of the depth of the story & characters? These are the people to thank for that!

These take charge of all sound effects & music in the game. Sound effects are a big part of user experience when playing games because they create the ambiance of the game. Pay attention to the clicks as you move through menu items, or the little audio clips played when you meet a certain goal whilst playing any game. This is the hard work of sound engineers or sound designers

To quote a wise Zimbabwean politician, “No programmer equals no video game, simple.” Their job is pretty self-explanatory, drink caffeine and convert that into code.

Testers work very closely with the programmer, through endless hours of gameplay and reports, their objective is to point out bugs, and present a game that’s as polished as possible to the public. This includes alpha & beta testers. The tester’s job is to break the game apart and scrutinise everything until the game is ready for the final user or players.

So in conclusion, if you were wondering if you can take part in Global Game Jam, I think you will realise that there is a place for everyone. The closer you look, the more you appreciate the role that each team member plays in producing a well-rounded game. If you are an avid gamer, learner, thinker, planner make sure you don’t miss the opportunity to be part GGJ! 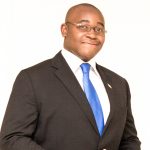 Takunda Chingonzoh is the founder of The Village Innovation Network which is a support network that focuses on innovation and technology and its ability to empower organizations and communities through entrepreneurship. The Innovation Network includes organizations like the TechVillage Hub and Velociti Ventures which strive to support startups and the entrepreneurs that create them. 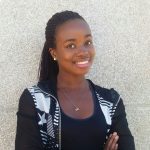 I am a Storyteller, and Public Relations strategist currently completing my Masters in PR at Leeds Beckett in the UK. Although slightly a perfectionist, I approach storytelling not as a profession but a creative outlet. I have a passion for all things artistic and strive to create content that is educational, yet quirky and entertaining as well. I am also passionate about exploring and understanding all things to do with freedom, particularly freedom of expression. My goal is to create the ideal media environment where media content creation and dissemination is people centric, shaped by the people and for the people. Hence, with a B.S. in Journalism and Media Studies, I am a Director at The Hype Squad, a creative storytelling agency in Zimbabwe.