Data Science is a buzz term that has been thrown lately. Tech enthusiasts, techpreneurs, researchers, all talk about the importance of making data-driven decisions. Venture Nation recently published an article which highlights how data science can positively impact decision making in financial institutions. But what exactly is Data Science and why is it such a big deal? How can we break it down to its bare minimum and derive its significance? Here is my take on it:

Data science puts together the best techniques from a diverse set of fields in order to generate insights from hidden patterns in our data. Computer science, statistics, mathematics, decision, and management sciences as well as the domain fields in which the applications are being released. These are brought together to provide a unified tool of mass destruction, to the data that is. Many people from careers in these singular fields have made the transition to data scientist, successfully.

However, many will agree that currently the field is not precisely defined. Many different people that call themselves data scientists will come with a thousand items that make up their responsibilities. We try therefore not to go down the rabbit hole of defining the limits. It is universally agreed that the spectrum ranges from sourcing the data that can be used to inform or solve a particular problem to the implementation of decisions arising from all the work on that data. So depending on the task at hand, one can use multiple tools and concepts from many fields. A problem well defined and articulated is the best way to begin a data science project.

How much data are we talking about?

Data science owes it’s meteoric rise to the rapid increase in data produced per unit time. Especially that which has been experienced in the past decade due to technological advances. In the search for any competitive edge, companies want to be able to milk any possible insights at their disposal. Because of its ability to sift through all the noise of data, data science has become a must-have capability for every organisation. We already produce more data than in the whole history of the world, and to give an idea, here are a few stats from Seed Scientific:

This is just mind blowing.

So how is the data structured?

Now, historically most data collected was structured, think tabular, or organised. Here we are seeing a lot more of the unstructured variety. You can imagine videos, audio, images, in addition to the text collected but also think of the sources. How many photos and videos have you posted to the myriad social media platforms, just by yourself. Now extrapolate to all human activity. Over the years.

So it is in this context that the data scientist waltzed in with a promise to help us make sense of all this data and more. From the historical, via the predictive to the cognitive. Data science allows us to glean insights that would be there but remain hidden away from us mortals. This fuels our decision-making capacity, a hopefully, realize some competitive advantage in our domain of operation.

A career as a data scientist

The data scientist is a job title that did not widely exist before the 2010s. However, many people will say they had responsibilities similar to what the occupation entails. Imagine the consternation for some of us who were in elementary schooling in the mid-90s. The common question would be asked: “What do you want to be when you grow up?” and our job title has not been coined. Data science, as a field has seen remarkable fortunes in the past decade. It has risen to claim top positions in the rankings of the best, sexiest and lucrative jobs in the world.

A lot of people have changed their careers to get into data science. We have also seen a lot of universities offering data science programs that cater to the demand for data science skills. If these trends remain, a data scientist will be as ubiquitous in an organization, just as accountants have been for the longest time.

So where to next?

Data science is applicable widely, for all major business functions including research. It is a capability that would be recommended for any organization to find a place for within their mandates. And in a world where technology changes the rules of the game ever so rapidly, data science is that ninja capability that will allow you to remain on terms with the advances in your domain.

If you want to get into data science, I recommend that you be a curious person, analytical and having a keen interest in solving problems and an ability to communicate with potential stakeholders of the project. You can learn the fundamentals and advanced material, through structured college programs, but nothing stops you from learning the ropes on your own. The internet is full of resources on almost every aspect of data science. What are you waiting for, happy data sciencing. 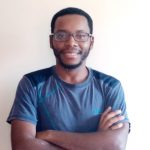 Leonard Mutambanengwe is a Convener at Data Science Zimbabwe, an organization creating platforms for the embracing of data science, machine learning and artificial intelligence and the establishing of collaborative networks and linkages in Zimbabwe. He is interested in Computational Social Science and Decision Intelligence; the leveraging of big data techniques including DS, ML and AI, to social sciences particularly Economics. He is passionate about advocating for the creation of unique solutions to Zimbabwean and African opportunities.

He can be be contacted at @LeoLENNY1 on Twitter or Leonard Winter Mutambanengwe on LinkedIn.