It’s almost that time again! A time where game developers, designers, players and writers all come together to create. The Global Game Jam Zimbabwe is entering it’s second year in 2021. The action-packed hackathon is slated for 27- 31 January 2021. This global event is one of many organised world over to bring game makers in one room. The inaugural Global Game Jam Zimbabwe was hosted at the beginning of this year.

During the event, games are built according to a secret theme that is only announced on the day of the event. Participants then have to scout for team members according to the level of expertise. Anyone is free to participate in a game jam. The more creative you are, the better.

So why does this matter?

Such initiatives are an important part of the game development ecosystem. They encourage participation from all walks of life which adds to the diversity of gaming content available. This is where the Global Game Jam Zimbabwe (GGJ) comes in. GGJ is a global annual gathering of game enthusiasts over a 48 hour period to create games. It is a collaborative event for amateur and pro game developers together. They share ideas and bring new and culturally relevant games to life.

During these events, you will also find gamers, copyrighters, marketers, and students. Typically, participants work in small teams. They race to produce as complete a game as possible with limited time and resources, but unlimited creativity.

What happens during GGJ?

“During the Global Game Jam 2021 we will have giveaways and awards for the best game. These will be voted on by the jammers as we will get a chance to play each team’s games. We will also host Zoom workshops at the beginning and during the jam. These will be hosted by speakers within the African game industry, sponsors, and partners.”

You can register for GGJ Zimbabwe here.

Microsoft and Xbox have partnered with Warner Bros Space Jam: A New Legacy, to computer science learning. This collaboration seeks to get young learners to pitch potential video game ideas, running under the new Space Jam movie theme, with headlining act LeBron James. The sponsors of the competition will work with the creators to develop the winning games into arcade standard games. This is such an epic combination of basketball and gaming, targeting children aged 14 and upwards.

The first GGJ was first held in 2008 with 1650 participants from 23 countries, producing 370 games. The event has grown each year, and in 2020 there were 48,753 participants in 118 countries. There were 9601 games made at 934 locations. GGJ is supported by partners like Core alpha by Manticore, Microsoft, Facebook, NextNav, Endless, Carina Fund, SideFX, DDM, and Poki Games. They avail resources to the jam participants for free for the duration of the jam. 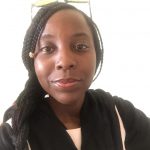